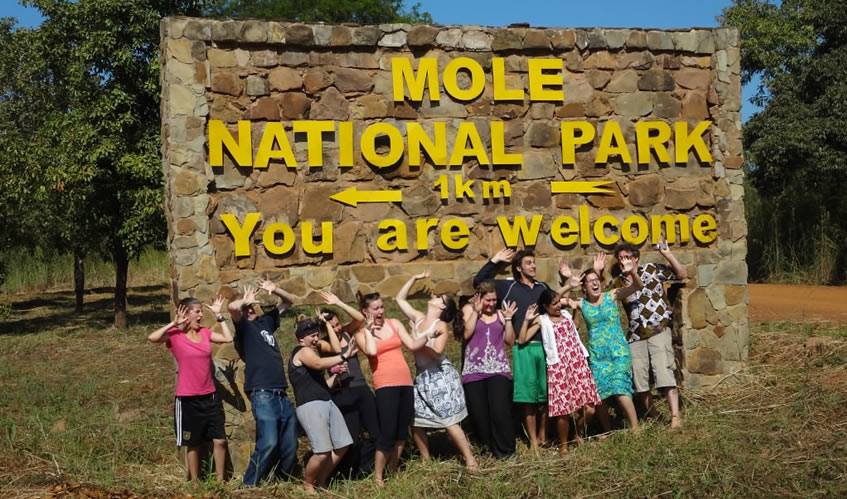 Mole National Park is Ghana's largest wildlife refuge.  The park is located in northwest Ghana on grassland savanna and riparian ecosystems at an elevation of 150m, with sharp escarpment forming the southern boundary of the park. 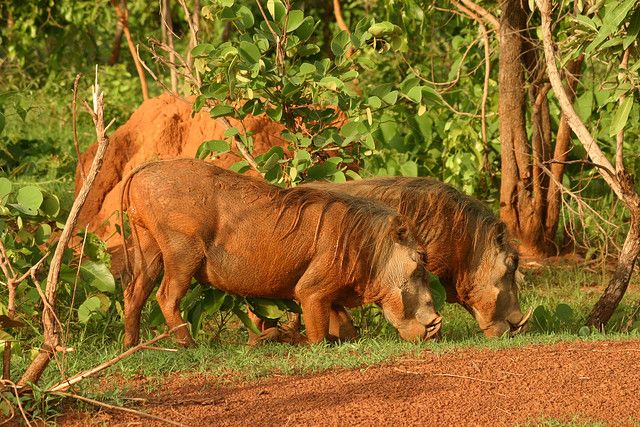 The park's entrance is reached through the nearby town of Larabanga. The Lovi and Mole Rivers are ephemeral rivers flowing through the park, leaving behind only drinking holes during the long dry season. This area of Ghana receives over 1000 mm per year of rainfall. A long-term study has been done on Mole National Park to understand the impact of human hunters on the animals in the preserve

The park's lands were set aside as a wildlife refuge in 1958. In 1971 the small human population of the area was relocated and the lands were designated a national park. The park has not seen major development as a tourist location since its original designation. The park as a protected area is underfunded and national and international concerns exist about poaching and sustainability in the park, but its protection of important resident antelope species has improved since its initial founding as a preserve.